To celebrate its 40th anniversary, the Trust group has programmed 5 Parisian dates in its tour "Au Nom de la Rage". The "Bataclan", The "Bus Palladium", The "Maroquinerie", The "Trianon" and the "Elysée Montmartre" have been exalted to the legendary hymns of the rock band for the pleasure of an audience that is not aging.
The new lighting provider Rayflection orchestrating the lighting with a choice of new performance-oriented machines, including 6 Servo Color 10K  moving heads, 2 LiveKolor HD and 4 StormLite HD stroboscopes.
"We have been Starway fans since the first hour. With Starway's new StormLite HD, we've discovered much more than a stroboscope, a true wallwasher that creates atmospheres and layers of beautiful depth and stunning colors. A new kit that we take with us on the whole tour ", Arthur Oudin and Pascal Maltese, partners of Rayflection.
Starway, anticipate...
DÉCOUVREZ AUSSI 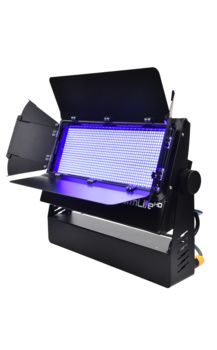